The Italian GP was an interesting race although it was dominated by Sebastian Vettel. There was a great deal of talk afterwards about the first lap accident and the behaviour of Michael Schumacher when he was under pressure from the two McLarens. To my mind the first lap accident was a racing one. Tonio Liuzzi made a good start and was trying to make up places. Heikki Kovalainen was defending his position. In the end Liuzzi put a wheel on the grass and after that was a passenger. Some people blamed Liuzzi. He blamed Kovalainen. I blame none of them. This is what racing drivers do. And I do not think it is right to punish a driver for trying to make up places. It is arguable that they should be punished if they do that incompetently but I do not think there was an question of competence in this case. The stewarding has got a great deal better in recent years with the driver steward joining the panel, and I am not a believer in having just one set of stewards at every race. I think the best idea is to have four “chief” stewards are they currently do, so that there is some consistency. I think it is vital, however, for these four to discuss and explain all decisions to one another and also to the public. I would like to know the rationale behind the penalties in Spa: why Pastor Maldonado was let off lightly and Lewis Hamilton reprimanded, and to hear why Liuzzi was given a five place penalty, but Michael Schumacher not questioned about some rather dubious moves at Monza. On the whole, however, I think things are better than they have been in the past, so things are moving in the right direction.

The other stories of Monza which merit a mention include the re-signing of Jarno Trulli at Team Lotus. Jarno had a contract, but I am not sure that we will see him there for much longer unless he puts in more good performances. He is a very up and down performer and the team might benefit from a more consistent driver.

There have been reports since then that Team Lotus is going to move from Norfolk. That would not be a surprise as the team is in the wrong place when it comes to trying to hire important people. It may sound odd, but any F1 team which is based outside Motorsport Valley has a much harder job getting people because of the need to relocate families, buy houses and so on. When success is built on the quality of the people, thing becomes important. Hence the development of clusters in many industries. I think we will see Team Lotus (or Team Caterham Air Asia as I am sure it will become) on the move soon and the logical place to go would be Leafield, where the old Arrows/Super Aguri base is sitting unused. 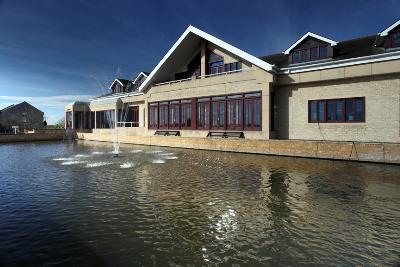 In the longer term that facility is probably not big enough and I would foresee a move to a new purpose-built place at Silverstone. It has not been publicised but Marussia Virgin Racing is doing exactly the same thing at the moment, with everyone being put in the same place in the old Ascari Cars factory in Banbury. The marketing team has already arrived from London and the race team will move to Banbury at the end of the season, as Yorkshire is simply too far away. I think that will still stay open, for other things, such as the GP3 team, just as I think Lotus will keep a base in Norfolk, probably for manufacturing. I hear that Virgin will stay in Banbury for three or four years and will then build a flash factory on the new Silverstone development (probably just down the road from Force India’s HQ).

The HRT remains rather mysterious at the moment and there are lots of rumours flying about. There is no sign of any activity in the UK so the plan to have design centre there does not look like happening. It is interesting that German-based designer Jorg Zander was spotted with the HRT team in Monza. He has worked in a string of different F1 teams, notably Toyota, BAR, Williams, BMW Sauber and Honda/Brawn. In recent times he has been with Audi in Ingolstadt, which is conveniently close to Greding, where HRT is based. There is lots of talk around HRT at the moment as the Thesan Capital company tries to figure out what it is doing with the investment it has made. The problem that it has is that while it owns the entry, it does not own much of the equipment or have contracts with the people so that in order to build a car for next year it needs to keep sweet with Colin Kolles. The aim of Thesan is to make money so it will not care too much about performance if a buyer comes along with the right profit margin for the bankers. Thus their decision-making is likely to be logical in business terms of highly illogical in relation to racing. The latest rumours suggest that the well-connected Alejandro Agag, who runs the Addax GP2 team may be offering to buy some of the shares from Thesan, in league with some of his GP2 sponsors. Agag has F1 ambitions and he is smart. His team current runs Charles Pic and Guido Van der Garde in GP2 and a trio of youngsters in GP3. In the past it has won the team championship twice but has yet to win the Drivers’ title outright, however it has helped the likes of Vitaly Petrov, Lucas di Grassi, Romain Grosjean, Giorgio Pantano and Sergio Perez on their way up. At the moment it employs Charles Pic and Giedo van der Garde, both competitive and both well-funded. And both with ambitions to be in F1. The team is funded by Barwa, the largest listed real estate company in Qatar. It has further support from Pepe Jeans, which was originally an English company but has been owned in recent years by Spanish investor Juan Abelló,the boss of the Torreal company, which has investments in various sectors, notbaly banking, construction, car components, new technology and vineyards. It also owns the clothing firm Hackett and has shares in Imagina, which through a company called Mediapro, owns the TV rights to major Spanish soccer teams such as Real Madrid and FC Barcelona and a share of La Sexta, which broadcasts F1 in Spain. Pic comes from a very wealthy fanily which transports most of Total’s fuels in France with its 6,000 trucks, while Van der Garde is married to the daughter of Marcel Boerkhorn, a billionaire Dutch investor, who owns McGregor, which is a Williams sponsor.

The latest rumours suggest that Agag, Abelló and Thesan would all become shareholders in the team, Thesan thus reducing its risk and that the plan would be to relocate the team to Agag’s headquarters in Valencia. The team might like to get a Renault engine but the French engine company has more than its share of deals at the moment with Red Bull Racing, Lotus Renault GP, Williams and Team Lotus. Whether this is true and what actually happens remains to be seen.

In the meantime there are plans being discussed for a new pitlane at Interlagos, which would be on the downhill straight after the Curva del Sol. This would mean some reprofiling of the track at the bottom of the hill, but would bring Interlagos up to suitable standards. The only question is who, if anyone, will pay for this to happen.

76 thoughts on “A quick catch up on the news”