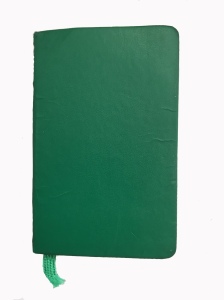 It was a busy weekend in Abu Dhabi with little time to mess around, although a lot of what I have seen written has little basis in reality, notably the Toto-versus-Niki stories, which were a good example of the increasingly poor standards of journalism in the Internet Age. Click-bait headlines rule the roost. Another example of this was the story that the Formula One group had paid for the Lotus F1 team to get there. It is true that two teams (Lotus and Sauber) asked for advances on their earnings to help them through the winter, but on the other hand, behind the scenes, the Formula One group was blocking a Renault takeover of the Lotus F1 team, which effectively deprived the team of money. It is a long story, but back in September the Formula One group agreed to a deal to pay Renault $136 million in historical money over a nine-year period. This was fair when compared to other big team deals, but of course there remains the question of whether the entire concept is fair, particularly when long-standing teams such as Sauber and Force India get no historical benefits. The system developed as a way of buying off successful teams in order to get their support for the status quo, which allowed the Formula One group to continue ripping money out of the sport. People involved did not like it, but as the old saying goes, if you can’t beat them, join them. Let us not forget who was the architect of this system, although no doubt if the Eurocrats come knocking at his door, they will be told that the Formula One group had no choice.

Anyway, Renault was looking at an investment of about a billion over 10 years and so it was right and fair that they should ask to be treated like the others, given their stellar history in the sport. This all looked fine until a week or two ago when someone decided not to ink the verbal agreement. At this point all hell broke loose and Renault boss Carlos Ghosn, who has bigger problems in the real world outside F1, told the Formula One group exactly where to stick Renault’s involvement in the sport.

This created problems: firstly, Lotus would die almost instantly if it was not protected by the Renault option to buy the team; secondly, Red Bull would be without engines, unless the team did something such as buying Manor F1. In effect, this would wipe out two teams. When the man from CVC Capital Partners, a rather supercilious individual who may not have read Bonfire of the Vanities, told the F1 teams that he needed to find engines for Red Bull if Renault would not be there. He received a polite “Go twiddle your thumbs” from Mercedes and Ferrari and then made the mistake of trying to attack McLaren for not allowing Honda to supply a second team. The response, by all accounts, was a polite but very firm discourse from Ron Dennis on the fact that CVC Capital Partners is a greedy and uncaring organisation that is simply exploiting the sport, and that it is time for the takers to give something back. It may have come as a shock to the F1 equivalent of Mr Sherman McCoy (you need to read Bonfire of the Vanities if you don’t understand the reference), but the message was clear…

This is something that has been needed to be said for some time. It is time for them to stop milking the sport. The GP weekend thus consisted of a series of meetings between “Mr McCoy” and the Renault F1 president, who is also a hard-nosed Renault exec, who sitteth on the right hand of Ghosn, to find a suitable number to keep Renault in the game. I believe the number was found on Sunday morning, but while a deal may have been struck, the question of trust will remain a problem…

The original deal was heavily back-loaded so that the majority of the money would arrive after 2020, to avoid upsetting the other beneficiaries of historical money, who have a deal until then, but it would give Renault a commitment that would allow it to borrow money, secured on future revenues. There are various explanations about why the verbal agreement was rejected, one of which suggested that Renault might have been trying to get more than planned because the original deal included the revenue from a Red Bull engine deal (thus $100 million, plus $35 million from Red Bull) and Renault’s idea was to take that and ask Red Bull for cash as well. It is difficult to discern what is true and not true in this scenario.

If it all sorts itself out, Red Bull should soon announce a deal that will use Renault engines, badged as something different in 2016 and probably 2017. One rumour doing the rounds is that we might see a Red Bull-TAG. I don’t know if that one is true, but it is an interesting idea. The story presumably comes following the decision by TAG-Heuer to switch from McLaren to Red Bull. It sounds a little fanciful, as the TAG brand is not owned by the luxury firm LVMH, which has owned the TAG-Heuer brand since 1999, but rather by Techniques d’Avant Garde itself, which is primarily an aviation business. However TAG boss Mansour Ojjeh is in the process of selling his McLaren shares and so he might be convinced to do such an engine deal to highlight the change, and to underline the technological nature of the company – as the original TAG-badged Porsche deal did back in the 1980s when McLaren-TAG was so successful.

Name-changing is in fashion at the moment with continued talk about Force India becoming Aston Martin. It is by no means a done deal, but it’s a smart idea and two things have added to the story in recent days: the first was Vijay Mallya suggesting he might retire when he gets to 60.

He did not say that this happens on December 18…

The other was the presence of an Aston Martin big cheese being a very low profile visitor in the Paddock in Abu Dhabi, with a Force India pass around his neck.

The other name-change story is with regard to Marussia Manor. The team has applied to change the name of the car and that should be going through the necessary processes in the next few days. Team owner Stephen Fitzpatrick is not saying the name he has chosen, but it is not Ovo, the name of his energy company.

It is hoped that the question of an equivalency formula is now dead, but when asked about the idea in Abu Dhabi, Mercedes and Renault both said that this was not at all their cup of tea, while the man from Ferrari, who is often rather incoherent in his public statements, mentioned the word IndyCar. No one ever falls for the idea that Ferrari is dumb enough (or proud enough) to leave F1, but it sounded ever so like a threat, albeit one that was so mangled in the delivery that it was not really clear. Still, the same gent also suggested during the weekend that he would chop the head off a TV cameraman, which was probably not the smartest thing to have said for a man in his position. All of this underlines a fundamental fact about modern F1: there is no school for team principals.

The other big political event of the Abu Dhabi weekend was a very complicated question of Ferrari and Haas sharing wind tunnel work. The FIA finally put out a long and complex statement about an hour before the race, which meant that no-one had time to digest the details. The bottom line seems to be that Ferrari and Haas exploited a loophole that has now been closed, but apart from the costs involved in getting rid of some aerodynamicist, both parties have got away with it because the wording of the rules was ambiguous. If the ruling had been that it was all OK all the big teams would have developed relationships with small teams… so this is a good solution. 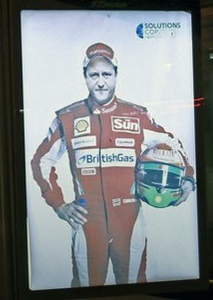 This week the F1 microscope will move to Paris, where the FIA is gathering for its annual General Assembly and other meetings. There is a huge international conference going on about climate change, which was very effective on Monday morning because a lot of major roads were closed and half of Paris decided to stay at home, thus reducing emissions for a day… There has been no sign that the FIA is involved in this at all (I have certainly not received any press statements about it), although this seems to be part of the federation’s remit as much as road safety is. The UN Secretary General did not attend the recent conference on road safety (which was similar in concept to the current conference on the environment), but he did show up in Paris and make his own speech. What was interesting about this is that all over Paris fake corporate advertisements appeared on bus stops attacking corporate sponsorship of climate change. Unfortunately for F1 it has been lumped in with the bad guys in the fake ad on the left. It is also worth noting that the latest emissions statistics show that the UAE now leads the world in emissions-per-capita. The sad things is that F1 is doing great things with its technology but still being tarred as a bad guy – clearly something that the FIA communication people should be addressing. 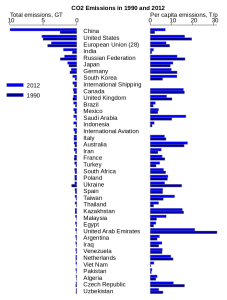 The FIA meetings will be interesting because after Jean Todt’s blooper in Interlagos – and his invisibility at the subsequent conference in Brasilia – there is now more chance that the FIA President will be sticking around the federation in the longer term. There were some in F1 circles who were hoping that JT’s road safety work would be successful and get him out of their way so that there could be a new FIA President in 2017 (strange logic, but true). Much will now depend on whether or not he can raise a lot of money for the UN. Right now the world of international sport is under intense scrutiny because of the hideous goings-on at FIFA and the IAAF. Sporting federations needs to be transparent and the FIA, while not being anything like the others, still has things that cause upset for those who believe in transparency and open governance. F1 pays the FIA’s bills but the deals are all secret and complicated. There are, it seems, two parallel FIA corporate structures: one in France and one in Switzerland. But who knows who does what and what money goes where?

The key point is that the majority of the FIA clubs are related to motoring rather than the sport and many of these are run as commercial enterprises, often involving insurance and such things. They want everything to be transparent – and so it would be wise for the powers-that-be to listen.

Anyway, by Friday night they will all be at the Lido on the Champs Elysées for the prize giving. Presumably the topless dancing girls will get the night off… or the FIA will insist on topless dancing boys as well.

The remainder of the good stuff is reserved for my Joe Saward Business of Motorsport weekly newsletter, for which you can sign up if you really want to know the ins and outs of the F1 Paddock. Check it out here.

68 thoughts on “Notebook from Abu Dhabi”