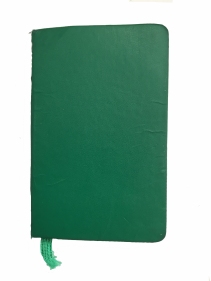 The paddock in Shanghai is a triumph of design over function. The architect (a Mr Tilke) liked the idea of having a maze of walkways and bridges around a lake (which was probably required because of the dodgy drainage) with vegetation shrouding as much as possible. The truth is that the design is hopeless for a sport where those involved are trying to interact with one another. In Shanghai one can go through an entire weekend without seeing people you want to see. If you turn up at one hospitality unit, the person you are looking for is always in the other one, or you see them in the distance but can never find them. The good news, so they say, is that when the next Chinese GP contract is negotiated, the Chinese will be asked to make some changes, including putting hospitality units on the back of the existing garages and digging up the centre of the existing “parade ground” paddock and fencing off the units in the back of “the swamp”, in order to create a more efficient working area for the sport.

The good news is that there is increasing evidence of a bigger and bigger following for F1 in China, although it is still a price-sensitive market when it comes to selling tickets for the race. The paddock is always quiet in Shanghai and it is generally a VIP-free event. This year, some bright spark at Renault decided to wheel in a heavy-hitter and invited Fan Bing Bing, China’s biggest star. Bing Bing (her family name is Fan) is a singer, actress, fashion icon and producer and she is recognised by that once-reliable source Forbes to be the fourth highest paid actress in the world. She’s big news in China, even if she hasn’t made much of an impact in Neasden. It is good to see Renault playing the celebrity card as this is an obvious way in which F1 can get more engagement with relative ease, as stars usually have something to sell and F1 can provide the conduit to do that, as countless evening talk shows do in countries all over the globe. F1 has singularly failed to grasp the concept.

FIA President Jean Todt flew in to Shanghai from New York, where he had been addressing the General Assembly of the United Nations, or at least the chairs that are used by them, as pictures (put out, amazingly, by the FIA itself) bore witness to an almost empty room. These things do happen in the world of politics but, when they do, one would expect the spin doctors to only send out pictures that are suitably edited to show the leader looking presidential rather than unpopular. Clearly, Todt has a lot to do in UN circles if he is going to make an impact in road safety. The bad news is that time is short. His current appointment is not a UN role per se, but rather a personal appointment by the current Secretary General Ban Ki Moon and the latter’s term of office finishes this year. Whether the next Secretary General wants Todt to stay on is another matter. The word is that frontrunners include former Portuguese Prime Minister Antonio Guterres and former New Zealand Prime Minister Helen Clark. Others being mentioned are UNESCO Director-General Irina Bokova of Bulgaria, former Serbian Foreign Minister Vuk Jeremic and former Slovenian President Danilo Turk. The eastern Europeans are in abundance because it has been something of a tradition in recent years to rotate the job around the global regions and Eastern Europe seems to be the place to come from. Whether that happens this time remains to be seen because there is also pressure to nominate a female secretary-general, as all previous eight SGs have been men. Todt will need to convince whoever takes over that he is doing useful work (and not costing the UN any money). There is, of course, also the question of whether his two roles are compatible as some think that the FIA role is an organisation that supports the manufacturers, whereas the road safety gig is in conflict with them. Personally, I think there are enough road safety organisations and I think all FIA money should be spent on the sport, which is where the money comes from. Still, Todt is not alone in taking money out of the sport, the commercial rights holder CVC Capital Partners is still sucking every penny out of the business. Interestingly, I hear that JT and CVC’s Donald Mackenzie got together in New York for a bit of a pow-wow without Bernie Ecclestone being present.

Also popping up in China was Fiat Chrysler CEO Sergio Marchionne, who was in China for the launch of Jeep production in China at a plant in Guangzhou. That was on Monday and one hopes that the excitement of this event overcame Marchionne’s discomfort at seeing the two Ferraris clonking one another at the start and both dropping down the order. We can only wonder how close they have really got to Mercedes.

In the world of F1 politics it was a quiet weekend. The teams had a meeting to discuss Pirelli’s proposal to have 25 days of tyre testing next year. This seems rather a lot but Pirelli wants to be sure than it does not have any more messy weekends with tyres popping because someone got their sums wrong. It is worth noting that it is looking less and less likely that there will be any form of settlement regarding the 2017 rules by the end of the month because no-one is going to agree on anything. Mercedes’s Toto Wolff has already started to argue (quite rightly) that changing the technical rules in 2017 is not a smart thing to do. Rule changes generally favour the biggest teams while stability tends to result in the convergence of the teams and thus better racing. Speed and noise are really irrelevant because the cars are loud enough and the speeds are still increasing as the new technology is developed. Thus, stability is a better choice than making changes. It would also allow for other manufacturers to have a stable enough rule structure to let them commit to the sport. One can argue that stability would suit Mercedes and that this is the only reason Wolff is putting forward the argument, but the truth is that he’s right. It is stupid to change the rules when we have good racing, a decent field and so on… Obviously some do not want things to be too stable lest more manufacturers appear and thus the power of the commercial rights holder and the FIA will weaken because there will be a stronger alliance between the car manufacturers. We will have to see if that really happens or if a way can be found to divide them. In the interim, former FIA President Max Mosley has told The Times newspaper that Todt needs to have a more confrontational approach if he wants problems to be solved.

The latest rumours regarding Sauber suggest that an Alfa Romeo takeover of the Swiss team is pretty unlikely, but that might be worth watching Haas F1 as a Haas-Alfa Romeo pairing would be a good call for both parties, as each seek to boost their sales using the sport. Sauber in the interim is looking to increase its non-F1 engineering consultancy work, in order to create a more solid financial base for the team, as Williams and McLaren have done. Elsewhere, more Italian names have apparently popped up in the Panama Papers, with one suggestion being that the list of people who established offshore companies also includes Flavio Briatore. There is nothing wrong with setting up companies in tax havens, but the Panama Papers will lead to endless numbers of investigations to make sure that these companies were not being used for tax evasion or money-laundering.

Down in Italy, there is some bad blood flowing around Monza at the moment as the Italians try to save their Grand Prix and Bernie Ecclestone plays the game to try to get changes that he wants to see made. It seems that a deal has been reached over money, but Ecclestone wants some improvement in the facilities at Monza and this is the current problem. The regional government of Lomardy has promised to provide cash, but the actual money has yet to turn up. Ecclestone is not the kind of man who accepts “the cheque is in the post” type of argument. So no deal will be done until that cash appears. Things are not helped by political upheaval within SIAS, the operating company of Monza. The shareholders will meet on April 27 to dismiss the current chairman and his CEO. This is a foregone conclusion because SIAS is owned by the Automobile Club of Milano (ACM), and this organisation wants the current people out because they have clearly no understanding about running circuits or negotiating with people like Ecclestone. The ACM also pay 25 percent of the fees required for the race, the rest coming from the Automobile Club d’Italia, which is well-funded by car sales taxes and by successful insurance operations. 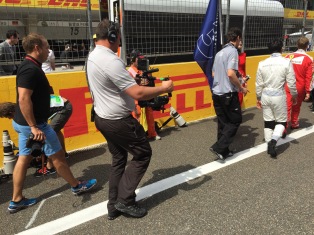 If all goes to plan Monza in September will see the first use of TV drones at a Formula 1 event. This is a great idea to create better coverage but there has been some discussion with the FIA over where such machines will be allowed to fly because the federation does not want drones crashing down on to the racing circuit. In Shanghai there was another new idea being tried by the Formula One TV folks with a handheld multi-axis camera stabilization device that allows a cameraman to work at speed, moving with the subject of his filming, without any hint of camera shake. Further new ideas are expected. This is a good sign as it shows that FOM is waking up to the need to create better TV and there is evidence too of more development going on in the world of social media. It is long overdue, but we should celebrate the fact that it is happening, even if the coverage resulting will probably be behind pay-walls.

While all this is going on, there are a lot of people who are beginning to wonder whether Formula 1 should be doing more thinking about the future, in other respects. The car industry’s rush towards electric, connected and autonomous cars is going faster than many people expected and the sport should perhaps be asking itself what happens when self-driving machines take over the roads. Where will Formula 1 be?

The irony is that the F1 cars are the most connected automobiles in the world, with every aspect of the machines being measured and recorded and sent around the globe. I was told that each weekend a top F1 team collects around eight billion data points, that will then be analysed and used by the engineers to improve performance. How ironic would it be if F1 was to miss the revolution that is happening around it?

But we should not worry about F1 becoming irrelevant. Horse racing survives and I rarely see people riding horses on the roads… even in China

82 thoughts on “Notebook from Shanghai”